Happy New Year - The Year of the Sheep 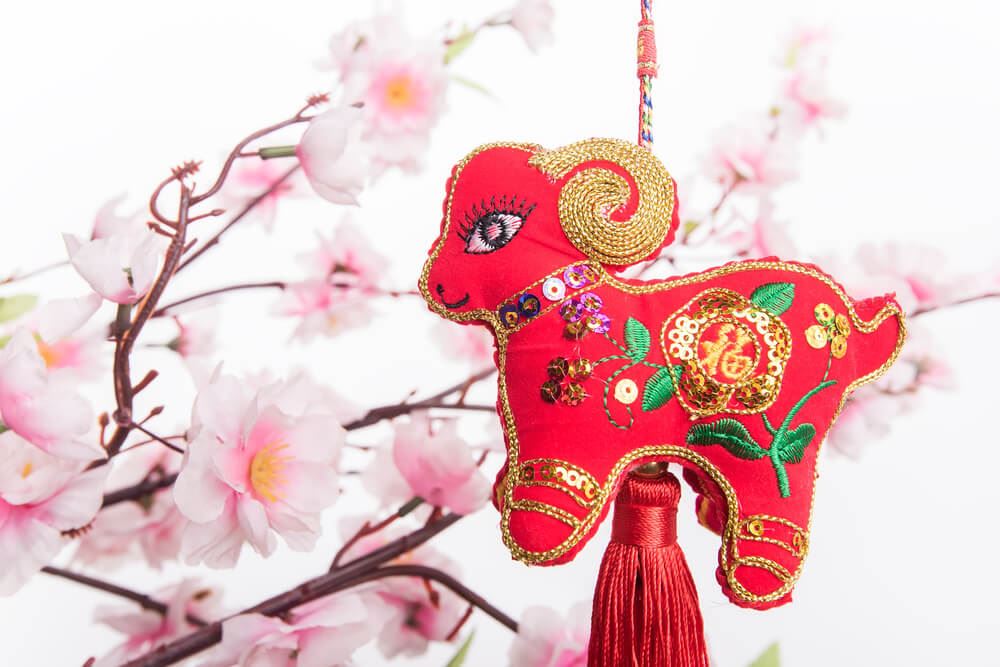 I have just received a letter from a friend in Hong Kong, he sent it to me out of the blue as he thought it would make me happy.

You see, last year this friend sent me a very different letter. My friend is a Feng Shui Master, called Felix Choi and each year, he has sent me a letter giving his views for the year.  It is rather like reading Nostradamus, as it is never 100% clear, however when I read them again at the end of the year I am staggered by how much of it made sense. This year he promised I would be pleased (and I am) so I thought I would share a little of what he said in his letter.

So welcome to the Year of the Sheep! 2014 in the Chinese Zodiac was the year of the Horse, known for its aggression and political discord, (as Felix told me) the Sheep is the polar opposite. To be absolutely correct, 2015 is the year of the Green Wooden Sheep (Ram, Goat). As the 2015 Chinese Year is the 32nd number in the sixty-year cycle called YI WEI and described in Chinese tradition as “Sheep respected by others for calmness, charm and style”.

So what does that really mean? Well if you believe in these things, and the Chinese really do, the upcoming 2015 Year of the Sheep is the inspiring period; as it will try to leave behind negativity and aim to carve a new more honest pattern of life. It heralds the beginning of a period of artistic creation, sensitive design, charming style (people that is, not just designers), stability and creative enlightenment.

I appreciate that Feng Shui is a “Marmite issue”, some people swear by it, others are less polite in their views. However, the Feng Shui Masters like Felix are so excited this year that some of their energy does seem to rub off.

To paraphrase Felix “The Year of the Wooden Sheep brings a balanced astronomical signs – meaning it brings an era of cooperation leading to a year of prosperity and a year of good luck and opportunities to everyone,” he said.

They believe that the “Year of the Wooden Sheep” balances all five elements (Wood, Water, Metal, Fire and Earth) which means that we should all have a wonderful year.

The Sheep: The Sheep is the most creative sign in the Chinese zodiac, those born in the Year of the Sheep, although often highly disorganized, usually enjoy great success as artists, actors, gardeners, interior designers. So, it would seem that for any budding interior designers, this should be the best year for over a decade.

Green:  Green is, apparently “very good” in bringing luck in business, like green backs” he says with glee. It’s too tricky to explain that the English and Americans are slightly different.

Wood: Any businesses dealing with natural products like textile, fashion, paper, rubber and wood will grow well. This made me smile. Anything which is creative, even if it is creative technology are good too.

And finally, as it is an election year in the UK, I thought I’d add his note on this too….

“Politics : The sheep brings peace and cooperation among the nations. Any disagreement between government officials will be toned down as it will be influenced by the Yin Metal which is supporting the earth.”  Clear? Me neither.

What I am clear about is that it’s a good year for “wood” and “design” so with that in mind, follow the link to find out more about our beautifully designed wooden shutters.