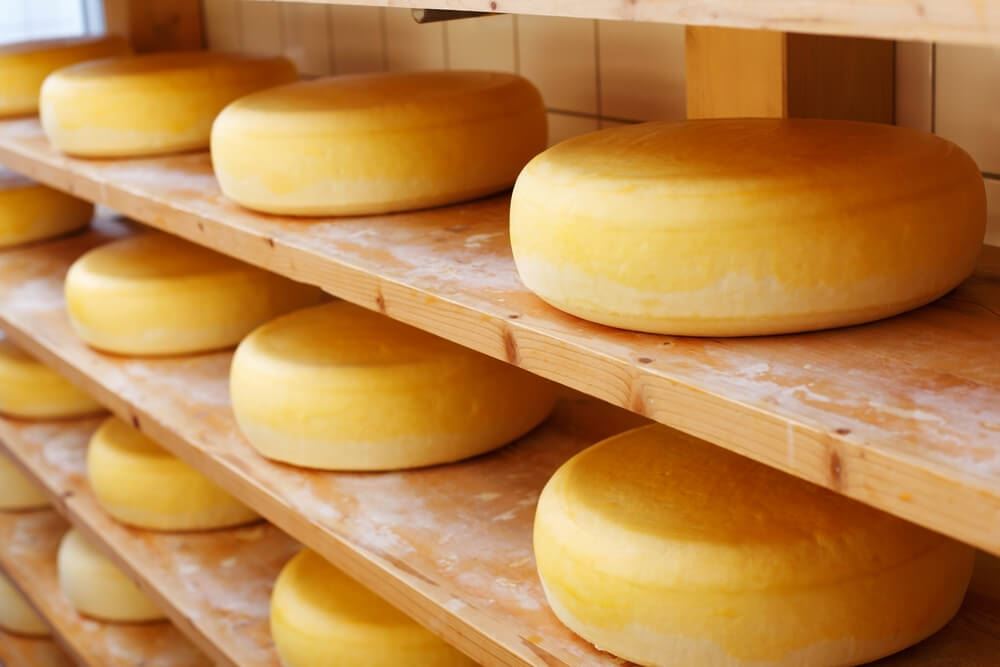 Most of the time I write about fun ideas for decorating your home or garden, occasionally I share some wonderful recipes or upcycling fashions which have caught my eye, but this time around, I was waiting to see a rather lovely client when I noticed a large article in the local paper about Cheese Rolling. Well I had to ask, and once I found out, I simply had to share and as it is a Late May Bank Holiday tradition, it does seem quite appropriate!

Gloucestershire Cheese Rolling has a history dating back to at least the 1800s, so it is a well-established event. However, nobody knows how or why it started, and prior to the arrival of YouTube, only a few hundred people knew it happened at all.

In a nutshell, local men and women stand at the top of a hill, known as Cooper’s Hill, somebody propels a large wheel of Double Gloucester cheese down the hill and then everyone chases after it. The winner is either the first to get to the bottom, or the one who catches the cheese. The prize is they get to keep the cheese.

The slope on Cooper’s Hill in Gloucester, the setting for the world-famous event, is in fact so steep that very few contenders manage to even stay on their feet, instead tumbling head-over-heels down the hill in a desperate effort to catch the coveted dairy prize!

The event is actually very dangerous, (take a look, it is rather crazy) with a large number of people being injured each year.

The council have been trying to ban the event since 2010 over health and safety concerns although some locals seem to believe that they don’t really want to ban it, they want to turn it into a festival where they could sell tickets, charge for parking and all manner of other add-ons.

The problem is that nobody knows who actually “organises” the event. So, thanks to social media, the event still takes place.  The police block off roads and make parking rather difficult, yet each year the event has become more and more popular. The festivity has such momentum these days with fans from around the world that they began creating local and even international uproar in favour of the local tradition by the sheer numbers of people who turn up to watch.

Last year there were reportedly over 40,000 people who arrived in this sleepy Gloucestershire village and hiked the 45+ minutes in typically orderly fashion (which amuses and confuses the International visitors) to watch the event. So if you are planning to visit the event, do look at the government traffic information. We would also advise anyone to wear stout shoes and bring clothes which are appropriate for the weather, plus a brolly – it is England after all.

I hope you found this interesting.  I promise to write a very shutters specific blog shortly, but writing about cheese has made me a little bit peckish.  I think it is time for a snack, maybe a cheese sandwich, what do you think?