4 ways to avoid catching a cold this winter

Freezing cold temperatures and darker days are just about manageable but when you’re struck down with yet another cold, it’s enough to make even the cheeriest of us want to pack up and move somewhere warm.

Unfortunately, colds are more common in winter because we spend more time cooped up indoors. The good news is however that there are a number of simple things you can do to avoid catching one. 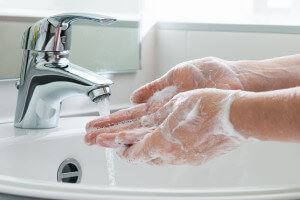 If you want to fight off all the germs that do the rounds in the winter months, it’s crucial to practice good hygiene habits. Wash your hands often or carry an antibacterial gel with you, especially if you’re around someone who is already ill. Also try to avoid touching your eyes or nose because these are the most common places for germs to enter our bodies.

Get plenty of sleep

You’re much more likely to catch a cold if you’re run down so try to get a decent eight hours of sleep every night. If you’re starting to feel run down, try to slow down a bit and let yourself rest. Doing so could help you to avoid developing a full-blown cold and you’re far more likely to recover faster if you’re getting plenty of sleep as well.

According to a study, (www.pnas.org) the old wives’ tale about keeping warm to avoid catching a cold really is true. The reason is because the common cold virus thrives and reproduces better in cooler temperatures inside the nose, thus making us more likely to contract the illness if we’re cold.

Akiko Iwasaki, a professor of immunobiology at Yale University commented:

“We found that the innate immune response to the rhinovirus (cold) is impaired at the lower body temperature compared to the core body temperature. The findings also strongly suggest that varying temperatures influence the immune system, rather than the virus itself.” 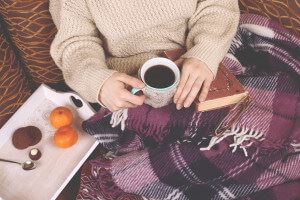 As well as wrapping up when you head outside, try to keep as warm as possible when you’re inside. Some top tips for keeping your body temperature up include:

Visit health.com for some more great food ideas which help to fight off colds.