Can window shutters help us cope with global warming?

While many of us may enjoy the scorching temperatures the UK has witnessed in recent summers, the government’s climate change advisory body has warned that heatwaves are causing the number of premature deaths to triple. 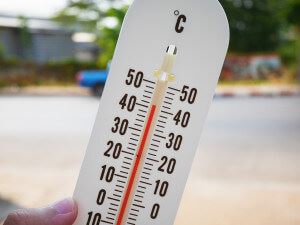 At present, the UK experiences the odd day or week where temperatures rise above normal. According to an assessment carried out by the committee on climate change however, record temperatures of 38.5°C which were reached during the 2003 heatwave, will become the norm by 2040.

It’s feared that in a country that isn’t used to such intense temperatures, heatwaves could kill up to 7,000 Brits a year by 2050. In a bid to prevent this from happening, the government has advised that homes should be fitted with French-style shutters.

The reason for the recommendation is because modern buildings have been designed to retain heat in winter rather than stay cool in summer, meaning that they’re at greater risk of overheating.

Lord Krebs, who chaired the committee’s work has commented:

“A lot of modern flats are built with limited ventilation. We are not designing buildings for preventing overheating. Shading – shutters or awnings – is not costly or difficult to install, it’s just that we’re not doing it.”

The benefits of window shutters during a heatwave

There’s good reason why the government has recommended that homes are fitted with shutters in order to help cope with heatwaves. Below we have highlighted just a few reasons why these window dressings are so helpful when the temperature rises. 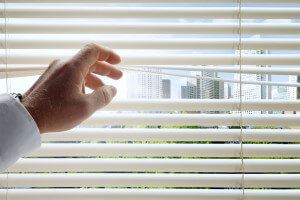 They block out direct sunlight

One of the reasons our homes get so warm during the summer is because the heat of the sun enters our property through the windows. Unfortunately, curtains and blinds offer little protection against this, even if they are closed.

Because shutters are made from much higher quality materials and they’re a lot thicker, they do a fantastic job of blocking out the sun’s powerful rays. As well as helping to keep your house cooler, you can also adjust the slats on your shutters to allow natural light to come through so you don’t need to turn the lights on during the day.

They direct the sun’s rays

Because solid shutters are white, they reflect the sun’s rays which once again, helps to keep your house cool on a hot summer’s day.

Many of us worry about the security of our homes during the summer because we’re far more likely to open windows and forget to close them before going out. Shutters offer a fantastic solution to this problem because you can open as many widows as you like to get a breeze going through the house without compromising your security.

If you have plantation shutters with slats, you can adjust them so that light and a breeze can come through but nobody on the outside can see into your home. Alternatively, if you have solid shutters on the bottom of your windows, nobody walking past at eye level can see into your home. This means that as well as making it impossible to determine if someone is at home or not, shutters also act as an extra security barrier for your home in the event that someone does try to break in.