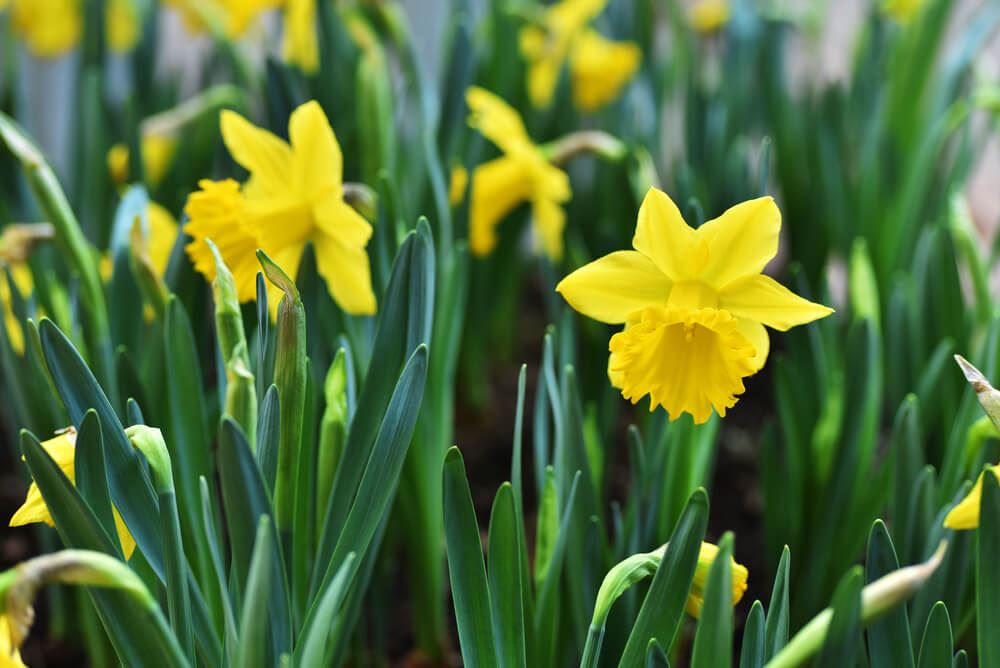 It is spring at last.  The snowdrops have been out for a good few weeks, a blaze of colour is promised and there is the slightest hint of warmth in the air.

I should be “over the moon” with joy, but I’m not, for after the crocuses have arrived, it is the turn of the daffodils. Daffs seem to last forever in my world as I am allergic to them.

Generally speaking, daffodils are considered “allergy-friendly,” since these heralds of spring with their showy yellow flowers are generally pollinated by insects rather than the wind. As daffodils produce less pollen, and symptoms such as allergic rhino-conjunctivitis and asthma aren’t commonly associated with them. So, to be honest, I am not sure if it is actually daffodils that I am allergic to, or some sort of airborne pollen/allergen which arrives just as the daffs burst into life. Yet it is a family joke now.  As soon as the daffodils start to bloom I will look like panda bear if I dare to wear mascara.

Surprisingly, perhaps, Hay Fever and “daffodil-it is” were part of the reason that I became attracted to shutters in the first place.  When I was younger, a friend of mine had a house with beautiful plantation shutters and parquet flooring.  It was stunning. There was not a curtain in sight because her brother had very severe asthma. When I went to play at their house I didn’t seem to sneeze at all. Adding living room shutters to the home makes your interiors a place of comfort and socialisation, rather than a sneeze-attack waiting to happen. Unlike fabric curtains, window shutters can help to reduce the impact of dust and pollen allergies in the home as they are extremely easy to clean. Simply vacuum the louvre slats to remove any dust or pollen forming on the shutters.

If your shutters are coated or painted, dampen a cleaning cloth in soapy water (a very mild detergent is perfect for this), and clean the louvres and shutter frame once a month. Use a dry cloth to wipe away the soapy residue. It’s important NOT to use any heavy detergents or bleach as this may damage the shutters! In addition, if your shutters are made from timber, apply a little bit of wood polish to a dusting cloth once a month and go over the louvres and the frame of the shutters to give them a more thorough clean.

If you are interested in our wonderful range of Solid Shutters, get a quick quote and please do contact one of our surveyors. They would be delighted to discuss the benefits of our range, especially for those who do have allergies. For the sake of clarity if you suffer from any form of allergy, you need to get expert medical advice. Shutters on their own will not cure you from your affliction. However, those who do suffer from airborne allergens will find that shutters are a better option than fabric based window dressings which tend to trap more dust and pollen. So when pollen levels are high, you can reduce pesky hay fever symptoms with  some stunning hardwood shutters!

Shutters are an investment so we ensure the highest standards of craftsmanship and include a 5 year guarantee.

Friendly surveyors that are local to you.

Experienced and courteous carpenters that achieve the perfect finished install.
Trustpilot
Call us
0800 038 5311